ARSAPI is an application programmer's interface between ARS and programming languages like C, C++ and Java. It is described in detail in the book 'Programmierung pur'. The book uses several case studies to demonstrate that ARS based programming is possible also in these languages. 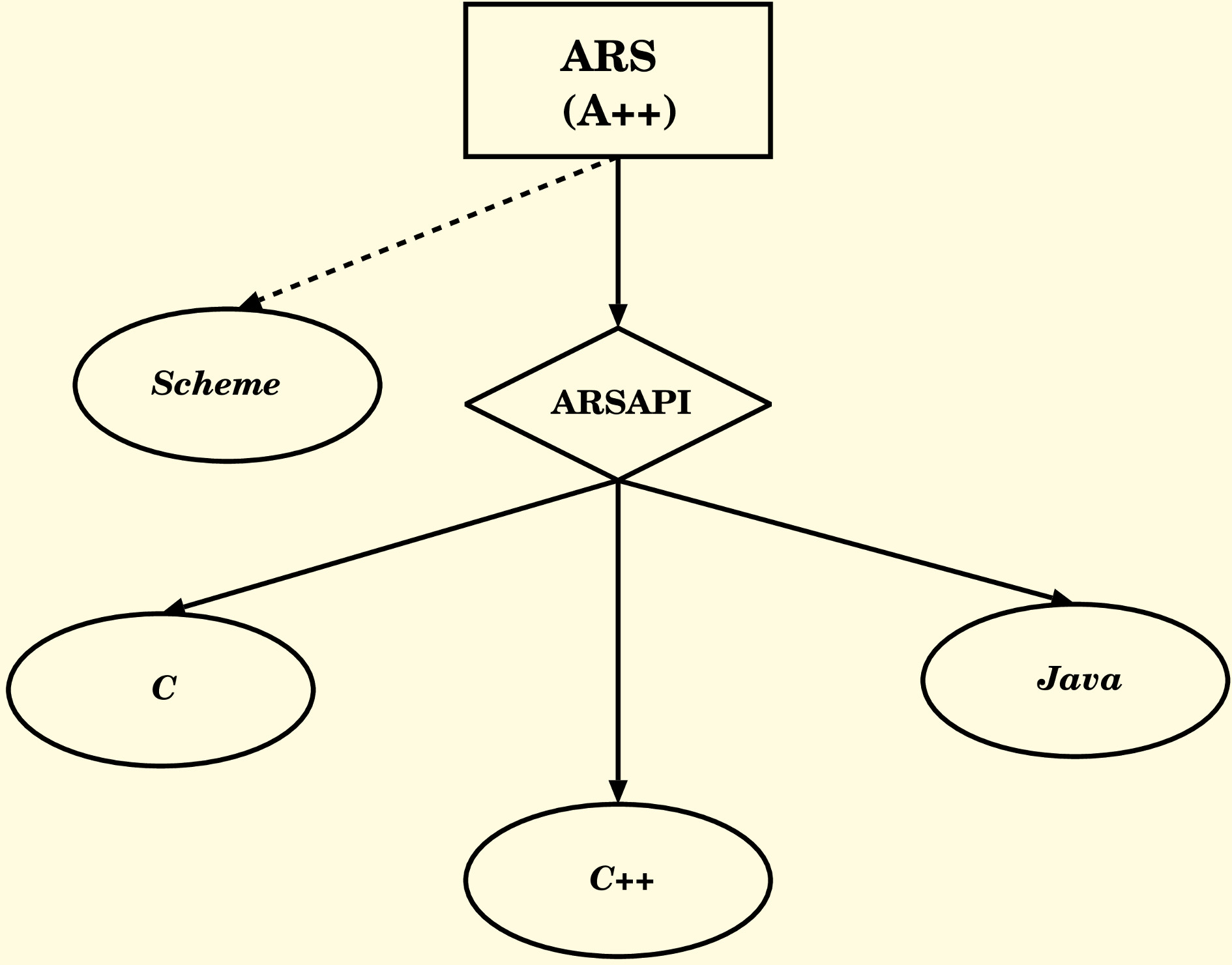 ARSAPI for C gets special coverage in the mentioned book and is used to implement A++ with a rich set of primitive functions in a version that consists of a compiler and a virtual machine. For more information see page ARS++.

In ARSAPI for C three datatypes are of significant importance: `PRIM', `CLAM' and `LAMB'. They define three different categories of functions:

For details see chapter 11 in the book 'Programmierung pur'.